The EU’s competition chief has urged European companies to pursue more cross-border takeovers inside the bloc to ward off predatory foreign buyers, emphasising in particular the potential for consolidation in the telecoms markets.

Margrethe Vestager, who is serving a second term as competition commissioner, blocked two major mobile telecoms mergers in Denmark and the UK during her first term which deterred companies from pursuing in-market consolidation in the sector.

However, speaking to the Financial Times during a panel discussion at a trade conference, Ms Vestager said: “In a single market we would not consider [it] to be controversial if European businesses consolidate. In some sectors there is indeed room for cross-border consolidation, the telco sector in particular, because here we still have very national markets.”

She added that “it would be good to have more pan-European players. We also have a few big ones like they have in the US. Instead of only thinking about consolidating within the national market then [we can have] a more pan-European approach. We have seen a few mergers in that direction, but not many.”

Ms Vestager’s remarks come less than a month after the General Court in Luxembourg dealt a blow to the commission by annulling its decision to block the £10.25 sale of O2 to Three in 2016. That ruling, which is likely to be appealed, has been welcomed as a potential catalyst for a consolidation frenzy.

Ms Vestager has indicated to telecoms companies in recent weeks that she would welcome more cross-border deals. Mike Fries, chief executive of Liberty Global, which has been one of the most active traders of telecoms assets in Europe over the past decade, told an investor call last week that Ms Vestager had indicated that she would like to see more cross-border deals in Europe during a conference with telecoms executives. 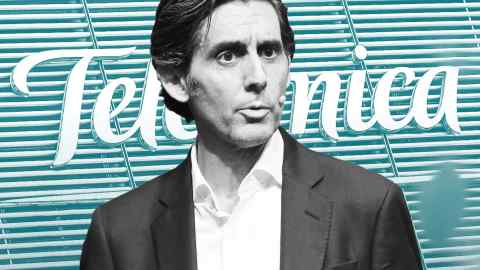 In April, Ms Vestager encouraged European nations to buy stakes in national companies in the wake of steep drops in market value that left companies vulnerable to bids from overseas players.

Her comments are an acknowledgment that companies across the continent are particularly vulnerable to opportunistic buyers from the US and China due to the crisis.

Deal flow in the telecoms sector has picked up since 2018 as cable and mobile networks have combined, including Vodafone’s takeover of Unitymedia in Germany and O2’s merger with Virgin Media in the UK. Some cross-border transactions, such as Telenor’s takeover of Finland’s DNA, have also taken place.

The court’s ruling has led to expectations in sectors including telecoms of a revival of mergers. Advisers to some of the largest telecom companies in Europe now expect a flurry of transactions, particularly in markets where there are still four mobile operators.

José María Álvarez-Pallete, chairman and chief executive of Telefónica, said he looked forward to greater consolidation in the fragmented European market following the European court’s ruling. In an interview with the FT this week, he said: “Something is changing in Europe . . . The stars are aligning for telecoms consolidation.”