Daniel Och, the billionaire investor who founded Sculptor Capital Management, has accused the group’s chief executive of leveraging power over the board “to extract ever-escalating pay packages” that dwarf those of the likes of JPMorgan Chase’s Jamie Dimon and David Solomon of Goldman Sachs.

In a court document filed in the Delaware Court of Chancery on Wednesday, Och claimed that James Levin collected about $145.8mn in combined cash and stock awards in 2021 despite presiding over a period of “less than mediocre performance” during which the group’s share price “collapsed”. Sculptor’s market capitalisation is $560mn.

The legal request seeks books and records related to the board’s decision on Levin’s pay. The action pits Och against the firm he founded almost three decades ago, setting the stage for a battle with Levin, his former protégé who he famously awarded a $280mn pay package in 2017.

“Mr Levin has been paid in the 99th-percentile of public company executives even while Sculptor’s market capitalisation has fallen in the bottom quartile,” the filing stated. It further alleged that the board of directors may have breached its fiduciary duty by awarding Levin large pay packages.

A spokesperson for Sculptor and Levin did not immediately respond to a request for comment.

Sculptor’s shares have shed more than half their value in 2022 as all of its credit and equity funds lost ground during a sharp plunge in global equity markets. Firmwide assets under management, which once exceeded $50bn, are now $36.9bn.

“Sculptor’s massive underperformance during both the market’s upswing in 2021, and the market’s decline in 2022, has created a performance chasm unprecedented in the company’s history,” according to the filing.

The New York-based group’s year-to-date management fees are also down nearly 4 per cent year over year as of the second quarter, at $145mn, but it has had success drawing in assets, generating positive net flows across its hedge fund, credit and real estate investment strategies.

Levin joined Sculptor, then named Och-Ziff Management, in 2006 as an analyst and climbed the ranks. He was promoted to chief investment officer in 2017 with a pay package that set him apart from many of his peers. Levin was widely expected to take the top job a year later but Och surprised Wall Street when he tapped former Credit Suisse executive Robert Shafir for the role. 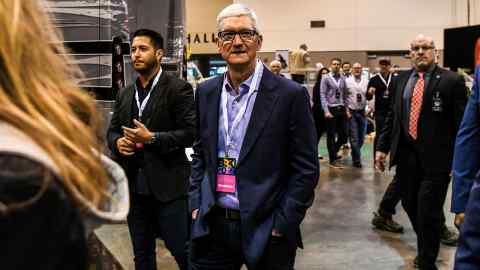 Och stepped down as chief executive in 2018 and left the company’s board a year later. He remains a large minority shareholder and investor in Sculptor’s private funds.

Levin’s pay has been a point of contention at the group, with one board director, J Morgan Rutman, quitting over the issue this year. Rutman, who works for Och’s family office Willoughby Capital Holdings, opposed Levin’s pay package and wrote in his resignation letter that the board had “fallen into the trap of viewing Mr Levin as irreplaceable”.

Sculptor, which changed its name in 2019, has had controversies in the past, most notably in 2016 when it paid $413mn to US authorities to settle bribery charges. The firm was accused of paying bribes in at least five African countries — including top officials of Muammar Gaddafi’s regime in Libya and the Democratic Republic of Congo — to win business.