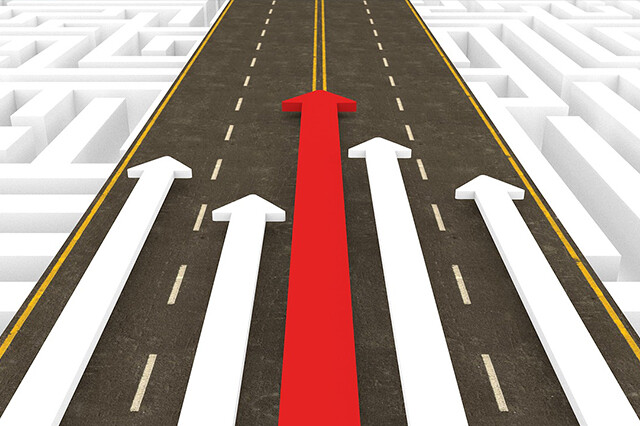 How to Scale and Accelerate Your Proprietary M&A Deal Flow

How to Scale and Accelerate Your Proprietary M&A Deal Flow

No private equity investor ever changed the world — or amassed a fortune — by being one shark in a feeding frenzy. Where do you think the term “red ocean” came from?

Yet that’s what so many private equity deals are, especially in the mid-sized M&A space. Deals are shopped by investment banks to multiple investor groups. Competition is fierce, and whoever limps across the finish line is rewarded with a deal that has had all the meat picked off the bone.

Worse still, the last man standing tends to suffer from “Winner’s Curse” — paying more for the company than its intrinsic value.

Maybe the owner had no intention to sell but sees a fruitful opportunity in partnering with a particular investor. This not only allows the investor group to get a better price; it also fosters a stronger relationship of mutual benefit between the founder and the investor.

But these kinds of founder relationships don’t grow on trees. It takes a proactive origination strategy that generates better deal flow — a consistent and significant influx of relevant investment opportunities that will perform throughout the cycle. Firms that do this successfully will benefit from consistently higher returns. They can identify the best option, rather than let scarcity or lack of comparison lead them to invest in a dud.

So how does a private equity firm, family office, corporate development/M&A group or direct lender create proprietary deal flow, especially if they don’t have the network and resources of one of the big players?

We live in exciting times — deal origination has never been easier. Even non-institutional private investors can create significant proprietary deal flow. For investors serious about expanding their proprietary deal flow, Cap Expand Partners has prepared a 3-part video series. Let’s explore some of the topics covered.

Referrals — The Art of Visible Expertise

Building your referral network is a form of inbound marketing — getting leads to come to you rather than going out and chasing them down. Establishing deal flow through referrals means building a differentiated brand and reputation, which includes specializing in a certain industry or investment strategy. If entrepreneurs know that you have money to invest and expertise to contribute, they will come knocking.

Easier said than done, of course. Is it possible to directly influence the number of referrals, and how does one create a relevant referral pipeline of proprietary deals? A study by the Hinge Research Institute discovered that “traditional” referral sources — networking events, sponsorships, and direct requests — are in fact the weakest drivers of referral business.

Instead, the study identified and prioritized the following key factors in an effective referral pipeline:

While not a significant source of referrals in and of itself, referrals tend to check the website before reaching out. Since half of the referrals reviewed by the study ruled out the referred company before even reaching out to them, a quality website is an essential supporting asset to the referral pipeline.

The bottom line is this — “old-school” doesn’t mean “obsolete.” Proprietary deals are built on strong relationships, a strong reputation, and visibility. That’s what it takes to build a strong referral network.

Relationships are important, but in volatile markets like the one we find ourselves in now, staying afloat requires strong branding and positioning, industry specialization, and — most of all — a robust pipeline of deal prospects.

But how do you know which initiative is producing which deal flow? That’s where technology comes in.

Finance is notoriously tech-resistant. The majority of dealmakers are not taking advantage of the latest data and technology developments. People become very conservative when money is on the line, especially larger sums of money. They prefer the comfort of the tried-and-true over than the thrill of being a first adopter.

Nevertheless, the digital information revolution has put within reach of even smaller organizations the ability to generate and convert leads at a scale that firms and organizations of old could have barely dreamed of.

Private equity investors who do not leverage digital automation and operational tools to generate deal flow are stepping into a boxing ring with one hand tied behind their backs. The kind of relationships that lead to proprietary deals may take three years or longer to nurture. Without careful cultivation of a large list of leads, it’s nearly impossible to manually create and manage a robust pipeline of proprietary deals.

This brings us to customer relationship management (CRM). CRM software goes hand-in-hand with referral marketing as well as outbound digital marketing — every new lead comes into the CRM.

But that’s just the beginning … the star of the CRM show is integrations — API pathways you can use to customize your CRM with outside apps, like adding custom mods to a car.

You can integrate your CRM with every referral or inbound and outbound lead source — email, WhatsApp, social media, automated transcripts, data-scraping apps, and much more — so that all your leads land in one centralized place.

You can then use other integrations to leverage the most powerful resource a 21st-century company can access — data. Successful companies, including big players in private equity, use data-driven decision making to stay ahead of the pack. With the right tech stack, smaller firms can easily evaluate where there deal flow is coming from, what sources to double down on.

If this all sounds like a lot, here is just a brief selection of things a well-integrated CRM can do for a private company investor …

None of this is a substitute for direct relationships. Eventually, you will have to reach out to your contacts to nurture the relationship in person.

But a well-integrated CRM ensures that fewer leads fall through the cracks. It also enables you to accelerate the nurturing of those relationships and focus your time on the most likely prospects for proprietary deals.

Independent sponsors are a relatively new quantity in the private equity space, but their footprint is growing. Formerly referred to as “fundless sponsors”, they are deal sponsors unaffiliated with a set fund. Instead, they identify opportunities — usually middle- or lower-middle-market opportunities — and then raise capital to fund those opportunities from their network of private investors.

Independent sponsors raise capital on a deal-by-deal basis to acquire businesses. They help coffers of dry powder find homes, while simultaneously diffusing the risk of having to find equity for transactions.

Independent sponsors can be nimble, courting different pockets of capital to fund deals. They also are becoming more refined and seasoned, many having cut their teeth in traditional private equity firms, investment banks, and ex-operators.

The more independent sponsors know you and know you are looking for deals, the more proprietary deals they may present to you. The capital provider only invests if they like what they bring.

Cap Expand Partners assists organizations in rapidly expanding their horizons through increased access to off-market deals. If you are an investor, fund manager, or family office representative serious about expanding your proprietary deal flow, schedule an exploratory call to discuss your strategic options.

GET IN touch
back to articles
PreviousStrategic, operational and financing tips to accelerate business growth
NextEvent: We help you raise capital